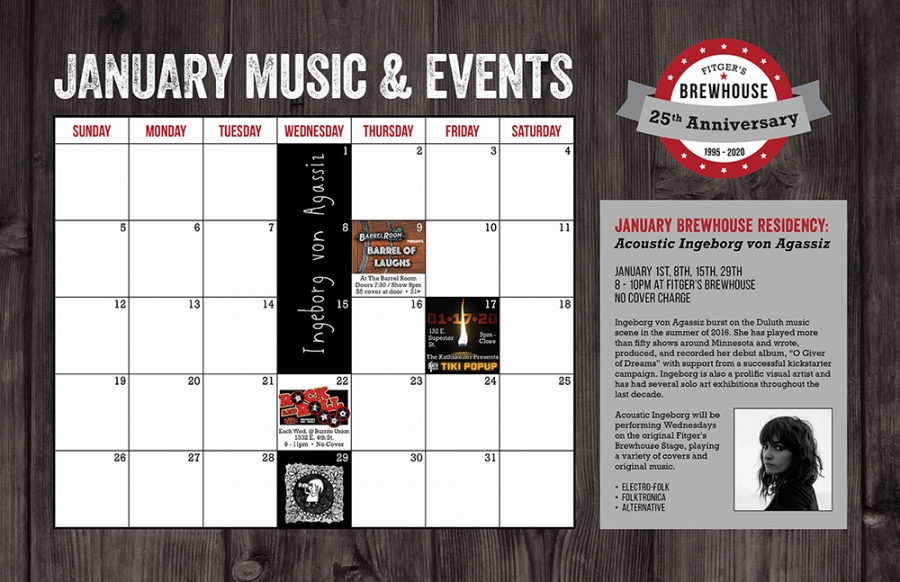 To celebrate 25 years of craft beer, local music, and giving back, we're bringing back the original Brewhouse Stage in Fitger's Brewhouse! Each month will have a new Wednesday night residency featuring your favorite local artists!

Ingeborg von Agassiz burst on the Duluth music scene in the summer of 2016. She has played more than fifty shows around Minnesota and wrote, produced, and recorded her debut album, "O Giver of Dreams" with support from a successful kickstarter campaign. Ingeborg is also a prolific visual artist and has had several solo art exhibitions throughout the last decade.

Acoustic Ingeborg will be performing Wednesdays on the original Fitger's Brewhouse Stage in January, playing a variety of covers and original music.