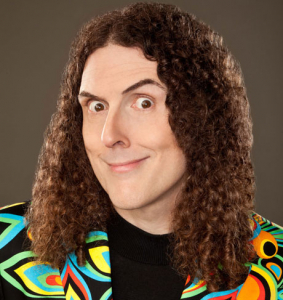 Tickets range from $73.33 to $388.32 and are available at ticketmaster.com or in person at the DECC Ticket Office.

Almost four years after his first foray into unfamiliar concert territory with his highly-acclaimed Ridiculously Self-Indulgent, Ill-Advised Vanity Tour, “Weird Al” presses his luck again with “the unfortunate return” of said tour, marking his long-anticipated return to the concert stage after the hugely successful “Strings Attached Tour” in 2019 where he performed each night alongside a full symphony orchestra. Once again drawing from his back catalogue of 14 studio albums, Yankovis promises to deliver a different set list every night, with no two shows the same.

“Weird Al” is the biggest-selling comedy recording artist of all time. A five-time Grammy winner, his 2014 release Mandatory Fun was the first comedy album in history to debut at #1 on Billboard’s Top 200. He is one of only five artists to have had Top 40 singles in each of the past four decades, the other four being Michael Jackson, Madonna, U2, and Kenny G. In 2018 the Hollywood Chamber of Commerce awarded Yankovic with a star on the Hollywood Walk of Fame.